There is no magic in joggling 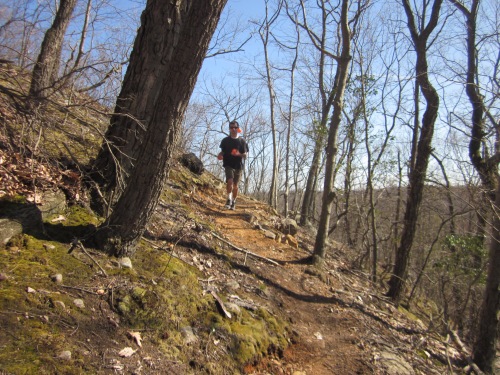 There are so many misconceptions surrounding joggling and the “Wild Juggling” blog, that it would be difficult to cover them all in one post. Now I would love to discuss the misconceptions about what joggling can do for your sex life. However, a more common yet disturbing misconception is how some people peddling quackery see me as some kind of natural ally, and have suggested through email that we guest blog on each other’s blogs. The truth of the matter is that I am no friend of quackery or as it is often called today, “alternative medicine”. There is nothing “alternative” I do that allows me to joggle for many miles every day. What falls under the label of “alternative medicine” is almost always unproven and therefore simply quackery. Sometimes the label “complementary” is used, or the hybridized “integrative”.

These labels are simply marketing terms for therapies based on prescientific ideas that have been justifiably disgarded by modern science. What do I mean exactly? I mean things like homeopathy, reiki, chiropractic, “energy” healing, acupuncture, and most supplements. To make the long story short, for homeopathy to work beyond its placebo effects, it would require overturning most of what we currently know about about physics and chemistry. That’s because one of the central tenets of homeopathy is that the more you dilute a medicine, the more powerful its effects. Another central tenet is “like cures like”, which means a substance that causes the symptoms of a disease in a healthy person will cure the same disease in a sick person. And don’t forget that substance has to be diluted many times over until none of the substance is left to increase its potency.

Example: If X causes allergies in healthy people, giving X to a person with severe allergies should cure their allergies. Sounds ridiculous, right? If you don’t believe me, visit the Wikipedia article on homeopathy or read about it on some homeopathy site. Nothing I said about how it is supposed to work is an exaggeration.

Reiki, a form of “energy” healing, is similarly nonsensical. Dr Steven Novella does a good job of exposing Reiki for the quackery that it is:

Reiki is therefore a form of vitalism – the pre-scientific belief that some spiritual energy animates the living, and is what separates living things from non-living things. The notion of vitalism was always an intellectual place-holder, responsible for whatever aspects of biology were not currently understood. But as science progressed, eventually we figured out all of the basic functions of life and there was simply nothing left for the vital force to do. It therefore faded from scientific thinking. We can add to that the fact that no one has been able to provide positive evidence for the existence of a vital force – it remains entirely unknown to science.

Acupuncture, and the theories that underpin Ayurvedic and traditional Chinese medicine are similarly based on discredited prescientific ideas(like vitalism described above), and have virtually no scientific evidence proving their efficacy. This is why mainstream medical doctors generally do not approve of their use, not because of some “big pharma” conspiracy or “closed mindedness”.

Unfortunately, many alternative(quack) practitioners love to muddy the waters, to confuse people about what “alternative” really means, and also engage in bait-and-switch tactics to get people to accept their bizarre, discredited ideas. They often do this by mislabeling practices that are fully endorsed by scientific medicine as “alternative”, like exercise or dietary changes. Funny thing is, just about all doctors recommend exercise to their patients if they are not already doing so due to its numerous proven health benefits. Alternative practitioners did not invent exercise, so this is not an example of alternative medicine getting vindicated. Mainstream doctors also recommend their patients eat more fruits and vegetables, and have been doing so for a very long time, so there is nothing “alternative” about dietary change either, except for diets mostly based on pseudo-science.

Physicians regularly prescribe supplements or nutritional therapies to their patients, so this isn’t necessarily “alternative”. Admittedly, many nutritional therapies/supplements are something of a gray area between scientific and alternative medicine; it is unwise in most cases to ingest megadoses of nutrients on a daily basis, since getting a lot more than what you need isn’t necessarily better. A lot of megadose vitamin therapies are based on pseudo-science, and are potentially dangerous unless prescribed by a doctor.

Herbs, which can be thought of as “natural drugs” are an interesting case in that they also sort of inhabit a grey zone. Some doctors may occasionally prescribe or recommend them for non-serious conditions like coughs, or upset stomachs in the form of teas, but beyond this most are unproven or at best the results from studies are inconsistent. That said, many medical scientists study plants to help them discover new drugs, because of the many powerful pharmacological substances in plants(a fairly high percentage of pharmaceutical drugs are based on plant chemicals).

In pharmaceutical drugs, these chemicals tend to be more powerful and more reliable due to their isolation and the controlled conditions in which they are manufactured; in herbs, they are often a lot less potent due to the presence of other natural chemicals that negate their effects and plants will vary greatly over how much of the active chemical they produce. So many people will swear that an unproven herbal supplement they take works, but this is almost certainly due to the placebo effect. When it comes to alternative medicine in general, the only benefit anyone experiences is the placebo effect.

Some alternative practitioners may point to Yoga as a form of “alternative” medicine that works. The reality is that Yoga, divorced from its spiritual underpinnings is really just a form of exercise, and as already noted exercise has been proven to be an effective health booster. Meditation is a form of relaxation and may help train the mind to focus better, so it is similarly not “alternative”. Chiropractic has as its backbone many pseudo-scientific ideas about the spine, but some of the better chiropracters may mix in some of the latest physical therapy techniques, rendering this form of alternative therapy something of a mixed bag.

So no, there is nothing “alternative” that I am doing that allows me to joggle, though I often experiment with things that are at least scientifically plausible or from the grey area between scientific and alternative medicine. I frequently post about how certain foods, nutrients, or dietary approaches may boost athletic performance, aid recovery, or prevent disease, but this is just nutrition or falls into the category of “home remedy”. Optimal sports nutrition is not “alternative”, and I cite published scientific studies whenever possible to show if something works or not.

I am not in tune with any “supernatural” forces. There is no reiki, energy healing, homeopathy, chakras, traditional Chinese medicine, vitalism, or even caffeine in my approach to joggling and fitness. It is just one of the many glorious end products of eating a healthy plant-based diet, getting enough sleep, and a ton of practice. The mind-set I have is one of scientific skepticism, not of being in tune with some kind of “spirit-force” or whatever they are calling it these days.

I will simply not use or recommend something if there is no evidence to support it and/or if it is scientifically implausible. In fact, I probably wouldn’t be able to joggle at all if I wasted my time doing things that are based on nonsense or pseudo-science. So skepticism prevents me from wasting my time doing useless things, besides things that are potentially harmful. Ultimately, as someone once said, skeptics are the garbagemen of bad ideas, and no where is skepticism needed more than in health and fitness.

For more info on quackery and alternative medicine visit: