Why I’m not jumping on the turmeric bandwagon 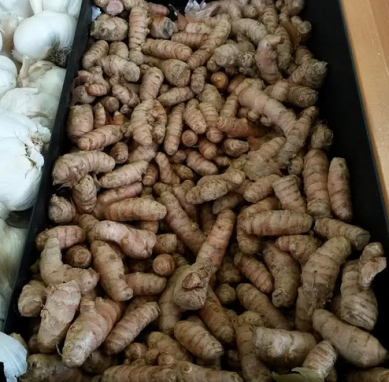 In a faraway land, the native people have been using X root(or fruit, or spice) as a fountain of youth, the ultimate cure-all, and as an energy-booster for thousands of years. It has been recently “discovered” by western science, and its medicinal effects have been supposedly verified by scientific research. The list of health benefits is almost endless, and it is now taken as a supplement, put in lattes, teas, juices, face-masks, lotions, in practically everything! And no one ever gets old or gets cancer again.

This sounds like turmeric, doesn’t it? Well of course it does! But it’s also the same exact trajectory for every other amazing “superfood” or exotic herb from the past 30 years. I remember when it was green tea, then goji berries, then countless other things. Now turmeric has taken center-stage.

Does it live up to the hype? Preliminary research does show turmeric has some anti-inflammatory effects — but so do a million other things. It’s also an antioxidant, but antioxidants as disease-preventers has been almost entirely discredited.

I admit I tried turmeric a bunch of times many years ago, and noticed no benefit, unless you call upset stomach a benefit. I really don’t have any use for it, except when enjoying spicy south Asian cuisine. While I frequently experience inflammation from all the running I do, that’s the body’s natural response to stress and muscle damage. The soreness and inflammation I often experience is well within the range of normal and so I just let the process take its course. “Lack of turmeric” is not a known medical or athletic condition.

However, many athletes regularly take turmeric for it’s anti-inflammatory effects to help speed recovery. It’s possible it actually is helpful for some athletes, and people with certain inflammatory medical conditions, but as I said before I mainly experience an upset stomach after taking turmeric.

Except for some epidemiological studies, there aren’t that many long-term placebo-controlled studies on turmeric and general health and turmeric and athletic performance. We don’t know what kind of side effects turmeric could cause when regularly taken in medicinal amounts(keep in mind that curcumin, the main medicinal chemical in turmeric is very poorly absorbed by the body). In this case I think it’s just best to leave well enough alone and not over-complicate my health and fitness regimen with something that may be useless or potentially harmful(though it’s unlikely to kill anyone). If you want to continue using it, great, but at least know all the relevant facts and please consult a health professional in case of contraindications.

Turmeric May Not Be a Miracle Spice After All

Curcumin: A Review of Its’ Effects on Human Health

All you need to change the world is oxygen and time