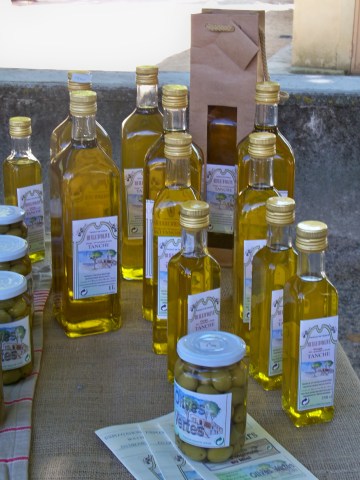 It seems there’s always something you must eliminate from your diet if you really want to be healthy. Or at least, that is something a certain sub-group of the vegan/plant-based community who supposedly have a monopoly on truth and perfect health want you to believe. For many, it’s gluten, for others, it’s soy, but what gets demonized the most nowadays are oils, including and especially olive oil. Oil-free veganism is all the rage these days, with some advocates of this approach getting frustrated whenever they run into skeptical vegans like me who disagree with them. Although they eschew all oil, olive oil is usually the main target of oil-free proponents because of the common, largely accurate idea that it can be healthy in moderation.

Where did this bizarre notion that olive oil is bad for you come from? A group of plant-based doctors have been pushing this idea for years now, based on some flawed studies that don’t always have control groups. To say that there is room for skepticism based on their research is the understatement of the century. Besides the inherent flaws of these studies, another reason I am very skeptical is because I prefer looking at the totality of the evidence, not just what a small group of researchers are saying. Overwhelmingly, the evidence from the wider scientific community doesn’t agree with them. The idea that all fat is bad is something the scientific community repudiated a long time ago.

Beyond just being skeptical, as an animal advocate, I don’t like placing any more restrictions on a vegan diet than is necessary(read Ginny Messina’s articles below for her take on this). Most people think a vegan diet is too restricted as it is. Why recommend eliminating something that science shows is okay or even healthy in moderation? Numerous studies show that people following a Mediterranean diet, which very often includes olive oil, have significantly lower heart disease risk. This isn’t to say that you have to consume olive oil, or that it’s okay to consume it in large amounts, it’s just that it shouldn’t be the big issue it currently is.

I’ll gladly give up olive oil when and if the evidence shows it is harmful in moderation. I tire of hearing “I’m giving up olive oil because I attended a lecture by the brilliant Dr. So and So and he convinced me it’s the most horrible thing ever”. I also don’t care for the often hypocritical whole foodist dogmatism that underpins this anti-olive oil stance and which forbids consuming anything that isn’t considered a “whole food”. For some, overly rigid whole foodism is a stepping stone to the even more extreme and pseudo-scientific world of rawfoodism. Sometimes it seems like there’s a bizarre kind of competition going on to see who can survive on the most restricted diet.

If you care about your health, completely eliminating olive oil from your diet is probably pointless(unless your doctor recommends you do so or if you have a condition that makes it difficult for you to metabolize fat); if you care about helping animals, this is pointless, a big distraction, and potentially a hindrance in vegan outreach efforts. While I follow and recommend a mostly whole food vegan diet, I am not overly rigid about it, though I was more rigid years ago. A little oil or a few sweets are going to harm the health of a healthy distance joggler like me? Really? To me, as a non-expert, it all comes down to what consensus science says, not just a few doctors or scientists with an extreme minority view. For this reason, you won’t see me making dietary recommendations on this blog that have little to no basis in science. I realize that my approach makes me a black sheep to much of the vegan community, but so be it.

10 responses to “Say goodbye to olive oil? No way!”