If you remember my post from october 19th, “13.1 mile run to Valhalla again“, I was much slower than usual. This was mostly due to donating blood 3 days before the run. It took me 2 hours and 18 minutes to run the 13.1 miles to Valhalla, while I can normally run this distance in a little less than 2 hours. I was slow pretty much all of last week, even on my 22 mile run(or better yet, “slug crawl”) to “Little Iran”.

Now, it appears my blood has mostly recovered. Today, 14 days after the blood donation, and 30 days after the marathon I managed to run 13.6 miles to Hastings and back in 1 hour 58 minutes. During the run, a cyclist acquaintance of mine tried to pretend he was juggling while cycling after he passed me. It was really funny, and I gotta say, he shows a lot of potential to be a good juggler-cyclist! Besides this, I felt like I was in top form during most of the run(even when running up hills), and didn’t feel totally exhausted afterwards. Right now I still feel very energetic, compared to how I often felt last week.

While the main reason I donated blood was to do a good deed, I was also interested in experimenting to see how much slower I would get and how long it would take to recover. Just as I suspected, it isn’t a big deal and I encourage all healthy people, athletes and non-athletes to donate whenever possible.

Now I am almost back to the way I was before, thanks to eating a lot of iron rich foods and supplements, and can work on improving my speed again.

Do we burn more calories when it is cold or hot?

Now that we are well into autumn, many of you are probably wondering how the change in temperature affects your training, and in particular your calorie expenditure.

For some more info: Do I burn more calories when it is hot outside or cold?

No matter how cold and snowy the winter may get, I won’t let it keep me inside. Like last winter, I will be out there just about every day running my miles, even if they are only “junk” miles. Having the right attitude and dressing warmly enough should allow you to engage in vigorous outdoor exercise all winter long. 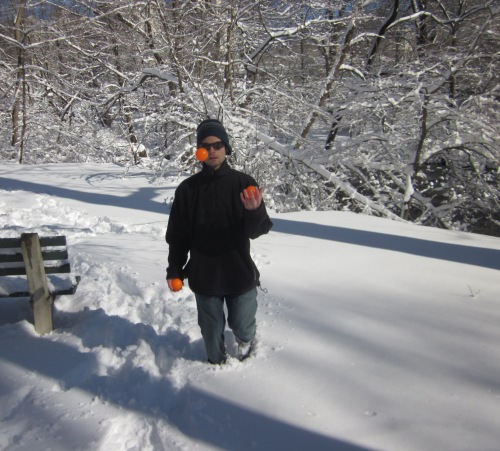